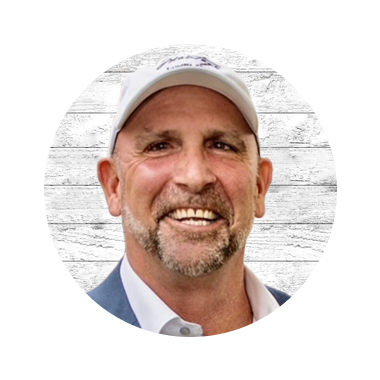 Mr. Wolpow has been advising and operating small to mid-size private and public companies for over 25 years. He was founder, COO and Vice Chairman of Dispensing Solutions Inc. (DSI), a pharmaceutical manufacturer operating a state-of-the-art repackaging facility in Santa Ana, CA, which was sold in 2011 to PSS World Medical (NASDAQ: PSSI). Richard is a general, limited partner and operating partner with BelHealth Investment Partners, a private equity ﬁrm specializing in healthcare.

Mr. Wolpow has been a member of the board of directors of multiple BelHealth Portfolio Companies with combined revenues in excess of $600 million. He is also chairman of POC Network Technologies, a medical technology company he founded in 2007. Mr. Wolpow is also active in a variety of “angel” private equity transactions through various holding companies he controls. He is also Trustee of C-Duck-Ah (Tzedakah) Charitable Trust, an organization he founded, which supports charitable and other philanthropic endeavors.

Earlier in his career, Mr. Wolpow was the primary investor and principal shareholder of Trinity Health Ventures, Inc. In 2000, Trinity, being a primary entity in a Goldman Sachs roll up, became Odyssey Healthcare Inc (NASDAQ: ODSY), later selling in June 2010 to Gentiva Health Services (NASDAQ: GTIV) for over a billion dollars. Mr. Wolpow was also one of the principals with Freedom Health, Inc., an intelligent debit health card developed in association with Buck Consultants, Mellon Bank and MasterCard. His ﬁrst health-related company started in 1995 when he was recruited to run theHealthChannel.com.

He also represents individual directors, and boards of directors, with respect to corporate governance, ﬁduciary duties, internal investigations, and risk management. Mr. Lebrecht practices before the SEC and FINRA on matters involving issuers, broker-dealers, and other service professionals. He has served as a director of both for-profit and nonproﬁt entities, has been named one of the Best Lawyers in America for Mergers & Acquisitions each year since 2006, presented at the SEC’s Roundtable on Microcap Securities, was named one of Orange County’s top lawyers, has been named a Super Lawyer in Securities and Corporate Finance, named one of Utah’s Legal Elite, and has been active in the corporations and securities law committees of the California State Bar and the Utah State Bar. Mr. Lebrecht has a BBA in Business Administration (1991), Master of Business Administration (1995), and JD (1995) from the University of San Diego, a Master of Laws – LLM, Tax Law and Taxation from New York University (2021), and completed Harvard’s Executive Program on Negotiation in 2016.

Mr. Brochu is a seasoned technology executive who has over 20 years of senior-level experience at a variety of global companies. Most recently, he was the president and CEO of Global Market Insite, developer of technology platforms serving the market research industry. The company was acquired by WPP in September 2011. Prior to that he served as the president and CEO of Loudeye Corporation, a global leader of digital music platforms and digital media distribution services, which Nokia acquired in 2006.

Before Loudeye, Mr. Brochu was president and CEO of Primus Knowledge Solutions, Inc., an award-winning provider of e-service software solutions. In 1999, Brochu took Primus public and facilitated the acquisition of the company by Art Technology Group (ATG) in 2004. Brochu was also executive chairman of OnHealth Networks from 1997 until it was sold to WebMD in 2000. Previously, Brochu served as the president and COO of Sierra On-Line, Inc., one of the world’s largest publishers of interactive entertainment, educational, and home productivity software. There, he spearheaded eﬀorts that increased sales by more than 300 percent, culminating with the sale of Sierra On-Line to CUC International for $1.1 billion in 1996.

Mr. Brochu currently sits on the board of directors of Centro Digital Media, Vines of Mendoza, TechTraks, and the advisory board of Seattle-based venture capital ﬁrm Voyager Capital, which was also one of GMI’s early institutional investors.

Mr. Brochu was named Ernst & Young’s Entrepreneur of the Year in 2000. 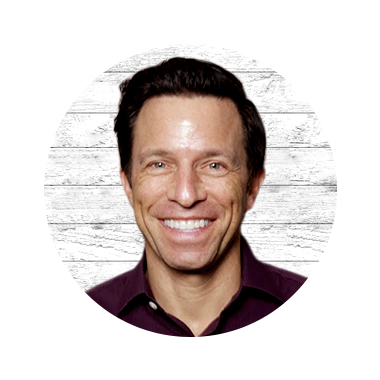 Ron has been a founder and CEO of multiple companies in the Payments/Fintech sector since 1997. As owner of the largest Agent office for Heartland Payment Systems, Ron was responsible for developing a 3-state territory. In the 2+ years of developing the Intermountain states he added thousands of new customers processing billions in new processing volume.

As Founder & CEO of the Eliot Management Group (“EMG”), Ron grew it from one small room with 3 employees to a national payments leader with over 28 offices, 350 employees and $100M+ in sales. EMG was sold to First American Payment Systems in 2004 and Ron remained a member of the Management team until leaving in 2010. In 2013, Ron was Founder & CEO of BlueDog Business Services. BlueDog served thousands of customers throughout the United States, ranging in size from small startups to multibillion-dollar enterprises. Ron’s track record in the payment space quickly enabled BLUEDOG to become one of the fastest-growing companies in the payments space. In 2020, BlueDog merged with FortisPay. Ron is now the Chief Revenue Officer at FortisPay.

Ron is also a Member of the Advancement Board for the College of Social and Behavioral Science at the University of Utah. Previously, Ron was an Official Member of the Forbes Finance Council where he was a regular author on forbes.com writing about Financial, Payments, and General Business topics appealing to a broad audience.

Articles can be found @:

Ron is also a husband of almost 2 decades with two amazing children ages 15 and 16. Ron and his family reside in Vero Beach, Florida full time, but spend much of the summer and a few weeks of winter in Park City, Utah.